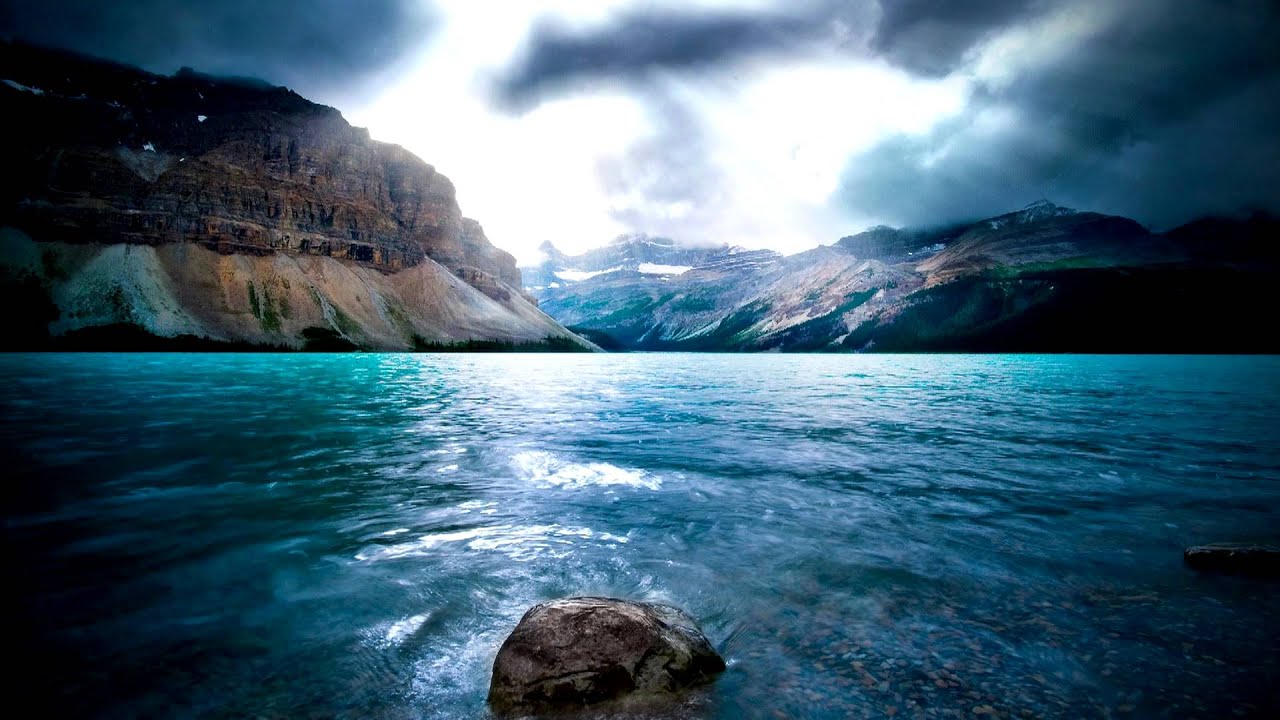 Concept of Worship in Islam

In the Name of God, the Most Gracious, the Most Merciful

Since the beginning of human history, worship has played a central role in people’s lives. Devotion to a higher being continues to tie humanity together despite differences in customs and a variety of beliefs. We often associate worship with specific religious acts performed to a deity, distinguishing it from other facets of one’s life. However, the concept of worship in Islam is all-encompassing and incorporates ritual worship as well as common daily tasks. This pamphlet discusses the balance Islam encourages between our spiritual and worldly endeavors, while also explaining core rites Muslims perform to worship God.

In Islam, worship is the very purpose of our existence. God declares in the Quran, the holy book of Islam, “I did not create … mankind except to worship Me” (51:56). Muslims worship God, the Creator and Sustainer of the universe, out of love and submission. They believe that He is the One God (Allah in Arabic) who is completely unique and only He deserves to be worshipped.

Worshipping God is a comprehensive concept within Islam. Along with traditional rituals, such as praying and fasting, it also consists of any lawful action a person does with God-consciousness and in the hopes of earning reward from Almighty God. Therefore, devoting oneself to God in Islam does not require a person to enter a place of worship nor embrace monasticism. Rather, fulfilling this purpose of life is an active daily pursuit from the Islamic perspective. Hence, a Muslim can be engaged in worship throughout the day, be it at home, work or anywhere else.

Certain criteria determine whether an act can be considered worship. For instance, Islam teaches that the merit of a person’s action depends on the intention. Muslims believe that God looks at people’s hearts, not just their physical deeds. For an action to be regarded as worship, it must be performed with the pure intention of pleasing God. Therefore, the concept of worship in Islam encourages people to connect with God in every action they take, strengthening their bond with their Creator. In doing so, a person gains a sense of true peace that comes with carrying out their purpose in life.

In addition to purifying one’s intention, a person’s deeds must also be consistent with divine guidance. While God has inspired an intuitive moral sense in every individual, people do not always act in a just and ethical manner. In fact, our ability to judge between right and wrong can often be muddled by external influences, outward appearances or ulterior motives. Hence, having a moral compass alone does not enable one to internalize righteousness or bring one closer to God.

In order to guide humans to His worship and to truly differentiate between good and evil, God sent prophets as teachers and role models. He also revealed holy scriptures which provide us with knowledge directly from God and serve as manuals for virtuous living. The combination of prophetic examples and divine scriptures reinforces our moral inclinations and equips us with the knowledge to discern between right and wrong. They also provide us with the criterion which enables us to assess our own motives and deeds. Above all, they teach us how to worship God and to lead a life that pleases Him.

Islam is the culmination of God’s message since the time of Adam. The God of Noah, Abraham, Moses, Jesus and all the other prophets, is the same God who sent Muhammadp as His final messenger to humankind and revealed the Quran, God’s last scripture, to him. The Quran, the only divine book to remain intact in its original text, upholds the pure teachings of previous revelations. It is a testament to the continuity of God’s message from the beginning of human history, guiding people to achieve their fundamental purpose in life.

The guidance of the Quran and the example of Prophet Muhammadp, whose teachings have been meticulously preserved, form the basis of worship in Islam. It must be noted here that while Muslims esteem all of the prophets sent by God, including Jesus and Muhammadp, they do not worship any of them. In fact, worshipping any one besides the One God is strictly prohibited in Islam. Rather, Muslims invoke God to send blessings upon all the messengers and prophets.

Indeed, every single aspect of a person’s life can fit under the umbrella of worship in Islam, so long as the person’s intention is to please God and the action is consistent with the Quran and prophetic example. At the same time, certain core rituals form the basis of a Muslim’s worship of God.

The Quran, which literally means the ‘oft-repeated,’ is, according to Muslim belief, the final revelation of God to humanity. It provides guidance in all areas of life. The recitation, study and memorization of Quran form a central facet of worship for Muslims. The Quran is also recited during every prayer. Although it is widely read in its original Arabic, various translations in numerous languages are also available. (Read more: Quran, the Word of God)

Islam enjoins Muslims to offer five prayers throughout the day at dawn, noon, mid-afternoon, sunset and night. Prayer enables Muslims to physically and mentally take a break from their worldly activities to connect with God several times a day. The prayers consist of praising God while standing, bowing and prostrating, maintaining the practice of Muhammad, Jesus, Moses and all the other prophets, peace be upon them all. On Fridays, Muslims attend a special congregational noon prayer, complete with a brief sermon.

The house of worship in Islam is called a mosque. Many Muslims congregate at mosques for prayer while others choose to pray at home, work or wherever they may be. While the primary use of a mosque is prayer, it also serves as a community center with people gathering to listen to lectures, attend study groups or enjoy communal dinners. Mosques are especially active on Fridays for the congregational noon prayer and during Ramadan for the nightly prayers. (If you’d like to visit a mosque, let us know!)

Muslims fast during Ramadan, the ninth month of the Islamic lunar calendar, by refraining from eating, drinking and sexual interaction from dawn to sunset. Fasting instills self-restraint, provides spiritual cleansing and strengthens one’s willpower. While fasting, Muslims strive to increase charitable acts and control bad habits such as foul language, gossip and anger.

Muslims must give 2.5% of their annual savings to help the poor, the needy and the oppressed. This act of devotion acknowledges that all wealth comes from God and purifies the soul from material greed. In addition, Islam encourages voluntary acts of charity, be they monetary or physical. A famous prophetic tradition states, ‘Smiling is charity.’

The pilgrimage to Mecca must be performed by every Muslim once in their life if they are physically and financially able. It symbolizes the unity of humankind as Muslims from every race, nationality and social status assemble together in equality to worship God, following the traditions of Abraham.

The two Eid festivals mark important holy days for Muslims. Eid-ul-Fitr is celebrated at the completion of Ramadan while Eid-al-Adha falls during the days of Hajj. Both occasions begin with a congregational prayer and a sermon; these are followed by festive meals, gift-giving and socializing.

Muslims supplicate to and address God directly for their needs and desires anytime and anywhere. This direct relationship is an essential element of worship in Islam. Whether asking for guidance, seeking solace or beseeching God for forgiveness, Muslims reach out to God at any time, without an intermediary. The practice of confession to another being does not exist in Islam.

Worshiping God adds meaning to our lives and constantly renews our purpose. In the good times, we are thankful for His blessings, and in challenging circumstances, we trust God will see us through. Therefore, worship strengthens our relationship with the Creator – instilling a sense of gratefulness for the countless favors we enjoy as His creation as well as enabling us to develop values such as patience, perseverance and resilience when faced with trials and tragedies. As a result, it helps us achieve humility, recognizing God as the Originator and Sustainer of the universe and surrendering to Him in worship.

Muslims consider their earthly existence as temporary and prepare for the real life ahead, the eternal life of the hereafter. As God clearly states in the Quran, He “created death and life to test you [as to] which of you is best in deed” (67:2). Salvation in Islam is connected with doing good deeds and refraining from bad ones. One who excels in goodness will be rewarded generously, but one whose evils outweigh his virtues will be punished. The fear of accountability and hope for God’s mercy in the afterlife inspires Muslims to be mindful of God in their daily lives, encouraging them to more fully worship Him.

Indeed, Islam enjoins Muslims to lead balanced lives in this world while striving for success in the hereafter by living righteously. Therefore, the concept of worship in Islam encompasses not only the outward religious duties, but also the development of a strong moral character, good relations with people, and striving for just and harmonious societies.

Worship in Islam is as broad as life itself. It could be removing an obstacle from the road, helping someone in need, being good to your family, doing an honest day’s work, sharing food with your neighbor, visiting a sick person, attending a funeral and so on. Of course, the above-mentioned criteria apply here as well: to be considered worship, the act must be done earnestly to please God and should be consistent with divine guidance.

Therefore, Islam blurs the line between ‘religious’ and ‘worldly,’ because practically any action can become spiritual in nature and is rewarded by God – whether it is seeking knowledge or maintaining good neighborly ties. When someone keeps this comprehensive approach in mind, they naturally steer clear of cheating, lying and exploiting others. Instead, they strive to be honest, compassionate and tolerant in their dealings.

When it comes to worship, Muslims draw inspiration from the life of Muhammadp, the final messenger of God. He was the quintessential human being who successfully fused his ‘worldly’ and ‘religious’ acts into a seamless whole. His entire being was focused on submission to God, whether he was with his family or in the mosque. Muslims endeavor to follow his example and stay mindful of God throughout their day.

In the end, worship in Islam extends to all aspects of life, transforming mundane tasks into spiritual ones. Muslims balance their religious duties and everyday responsibilities, aware of their accountability to God in the hereafter. When people fulfill their true purpose of worshiping God, it enables them to attain a profound sense of peace that results from submitting to the Creator, the only One worthy of worship.